80th Anniversary of the Establishment of the Council to Aid Jews

In order to understand the history of the extermination of Jews during World War II and the history of the coexistence of Poles and Jews, one has to go back to the end of the 11th century. It was then that pogroms began in Germany, carried out by knights against the Jewish population living there. The wave of pogroms swept through most of Europe, especially Western Europe, and then Jews fled to Poland, where nothing threatened them, where they found a place of peace. From the Statutes of Kalisz through the legislation of Casimir the Great, in Poland, they were not discriminated against in any way.

In the 19th century, pogroms against Jews came from the east, from Russia, as a result of which Jews moved or were resettled to the territory of the Kingdom of Poland. As a result, in the 20th century, the Jewish population in Poland was a powerful minority. In Warsaw, for example, Jews made up about 30% of the population. In county towns and smaller towns, they often constituted 30, 40 and even 50% of the inhabitants. The further east you go, the greater the percentage of the Jewish population. They had their own organizations, schools, churches, ran their own economic interests and were not persecuted in any way. If one speaks of Polish anti-Semitism at that time, it means economic rivalry, in which Jews often had an advantage over Poles, and this is reflected in the well-known saying characterizing this rivalry: "streets yours [Poles'], tenement houses ours".

German ideology and accounting pragmatics made the Nazis believe that since there were so many Jews in Poland, it would be easiest and most economical to kill them on the spot, starting with the General Government [the German-occupied Poland -ed.]. Poland at that time was also on the sidelines of great war events. The eyes of the key politicians were turned to the military struggles of Great Britain and then to the Soviet Union. Politicians did not notice and did not believe in what was happening in occupied Poland. This is evidenced by, for example, the failure of Jan Karski's mission. Nobody believed or did not want to believe his reports on the extermination of the population in occupied Poland. Thus, the Germans had perfect conditions for the plans defined by the "Final Solution of the Jewish Question", which also extended to the extermination of the Roma and Slavs,

In relation to the Poles, the Germans had a precise plan before the outbreak of the war in May 1939. They made special lists of people who could be "dangerous". These lists included the names of Polish scientists, artists, clergy — the Polish intelligentsia, individuals who constituted a group of chiefs, spiritual, political and economic leaders. The extermination of Poles begins with the elimination of the elites. Depriving the nation of leadership will allow it to be controlled at will.

The elimination of the Polish elites is also the beginning of the extermination of the Jews. It begins with the disintegration of society, with the creation of hostility between Poles and Polish citizens of the Judaic faith. Obviously, a divided society will not defend itself.

Although the process of humiliation and dehumanization of Jews has begun in Europe long before the war, its apogee occurs after the outbreak of war with the Soviet Union. There are millions of Jews in the territories occupied by the Germans. German strategists are developing a diabolical extermination plan, which is an economic plan that can be summed up in the words: "how to get rid of the Jews and still make money from it"!

The creation of ghettos begins, the property of the inhabitants is seized, their biological potential is used, and then their complete liquidation begins. A forceful resettlement of European Jews for work also begins. The places of "work" are concentration camps, built densely in the areas occupied by the Germans, in places inhabited by Jews most often, i.e. mostly in occupied Poland.

Concentration camps become factories where the labor of the victims is used, the rest of their possessions are taken from them, most of which they have already been deprived of in their countries when they were rounded up for resettlement.

11 million Jews were destined for extermination in Europe. The Germans were guided by an economic calculation. The cheapest method was to starve them and the Germans did that. The food ration in the ghetto did not even reach 650 calories.

It is then that Jewish children left the ghetto walls, seeking help from friends on the Aryan side. Initially, help is individualized. Poles help friends, acquaintances, neighbors. The consequences of such help were devastating. For helping Jews, or for the lack of denunciations of any help, in the Polish lands, the death penalty was imposed not only on the person who provided this help, but also on his entire family. There was no such law anywhere else in the world. The names of citizens of other nationalities convicted for helping Jews are unknown. It is impossible to determine how many Poles lost their lives because of this, but the best example is the death of the Ulma family of eight (parents and six children).

Establishment of the "Żegota" — the Council to Aid Jews

Despite the escalation of terror, the writer Zofia Kossak-Szczucka officially protested against the extermination of Jews. In the “Protest” leaflet, she described the situation in the Warsaw Ghetto, but also in other ghettos, writing bitterly:

The world looks at this crime, more terrible than anything that history has ever seen, and is silent. The slaughter of millions of defenseless people is carried out amidst a universal ominous silence. He who remains silent in the face of murder becomes an accomplice of the murderer. Whoever does not condemn, permits. 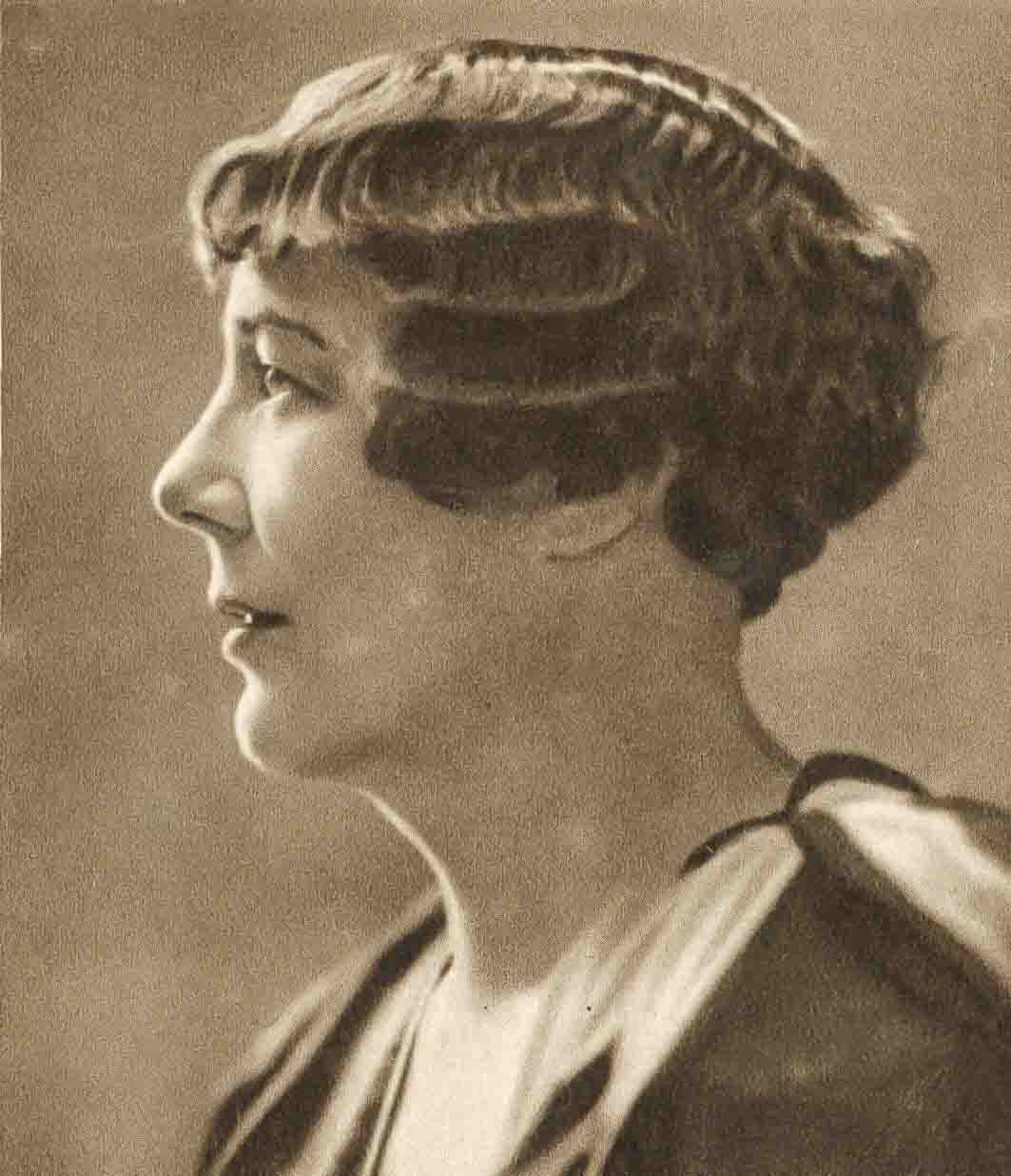 The writer condemned the perpetrators and helped the victims destined for extermination. She appealed to the Delegation for Poland of the Polish Government in Exile for institutional support to aid the endangered population. Her efforts resulted in the creation in September of 1942, under the leadership of her — Zofia Kossak-Szczucka — and Wanda Krahelska-Filipowicz, the Temporary Committee to Aid Jews, operating under the pseudonym "Żegota". 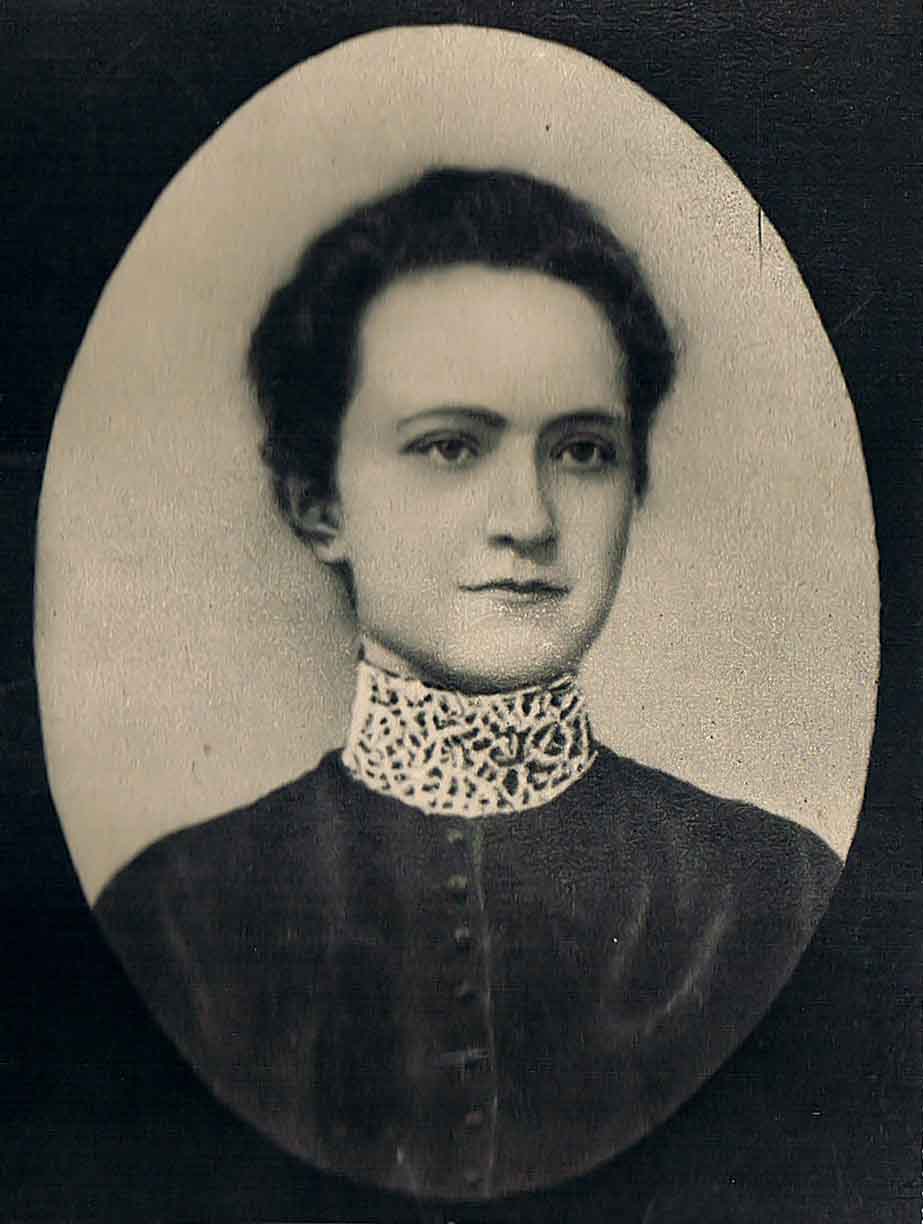 On December 4, 1942, at the Delegation of the Government of the Republic of Poland for Poland, in Warsaw, the Committee was transformed into the Council to Aid Jews, code-named "Żegota". The Council was composed of representatives of Polish and Jewish organizations of all political orientations.

Together they sat at one table and worked: Zionists, Bundists, Catholics, Polish democrats, Polish socialists, peasants — both Jewish and Polish

The Council consisted of a team of over a dozen people who managed the action of helping Jews, provided by political and social organizations and individuals. In order to improve the operation of "Żegota", its Executive Office was created, and then the following departments: housing, children – headed by Irena Sendler, field and medical. 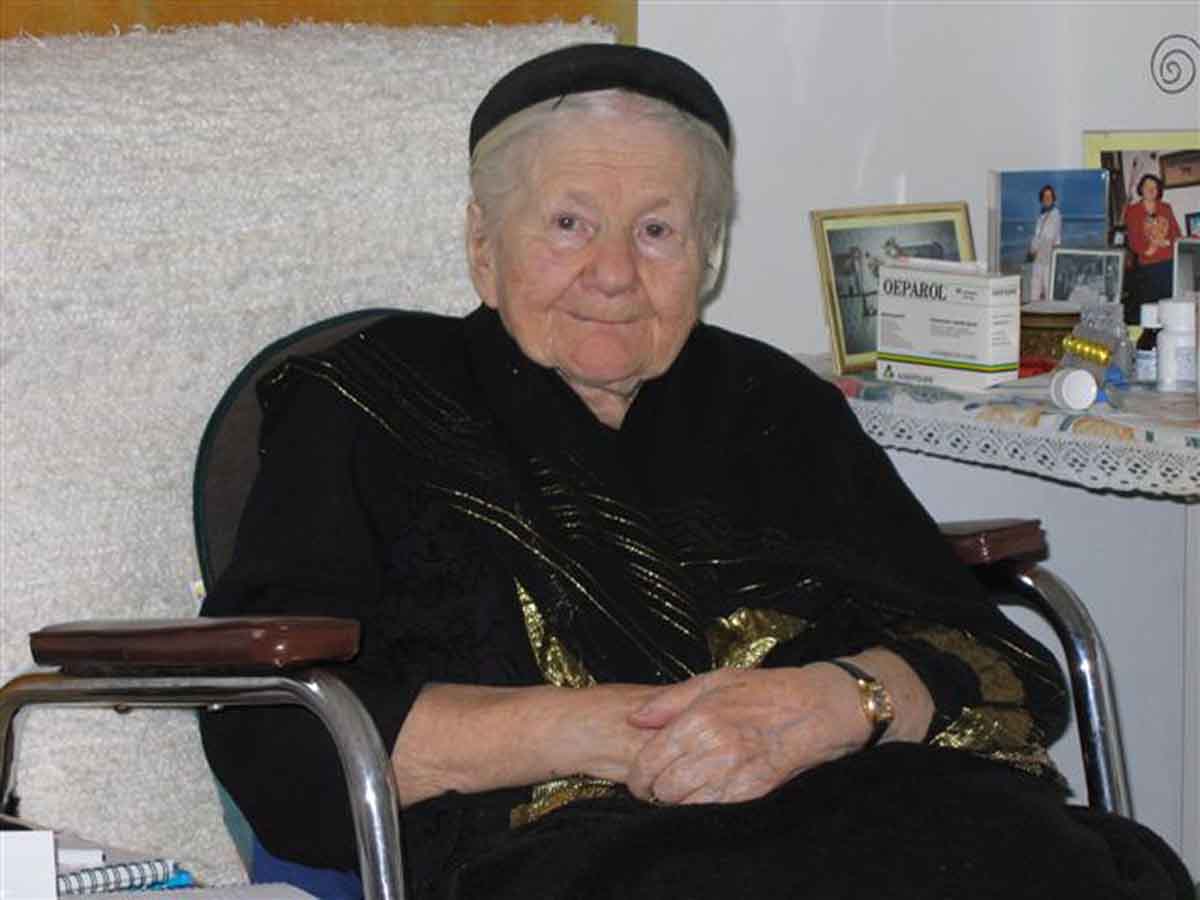 The task of the Council was to help Jews as victims of the extermination actions of the occupant. The most important thing was to save them from death, then to legalize them, to find rooms where they could hide, to provide material benefits where it was advisable, to find gainful occupations as the basis of existence, to manage and distribute funds — in short, an activity that indirectly or could directly fall within the scope of the aid.

"Żegota" operated thanks to the money received from the Polish Government in Exile and funds collected among the Polish and Jewish society in the country and abroad.

Operating in extremely difficult conditions, "Żegota" provided material support to about 4,000 people in hiding. In addition, it obtained documents — passports, birth certificates, work permits — which allowed fugitives from the ghetto to exist within the reality of the occupation. There are about 50,000 such documented cases of legislative assistance. She also tried to provide them with medical care whenever possible. Thanks to the efforts of Irena Sendler and her department, 2.5 thousand children were taken care of: Jewish children smuggled out of the Warsaw ghetto.

"Żegota" also provided the underground press with information on the extermination of Jews. It also published its own leaflets and distributed posters. 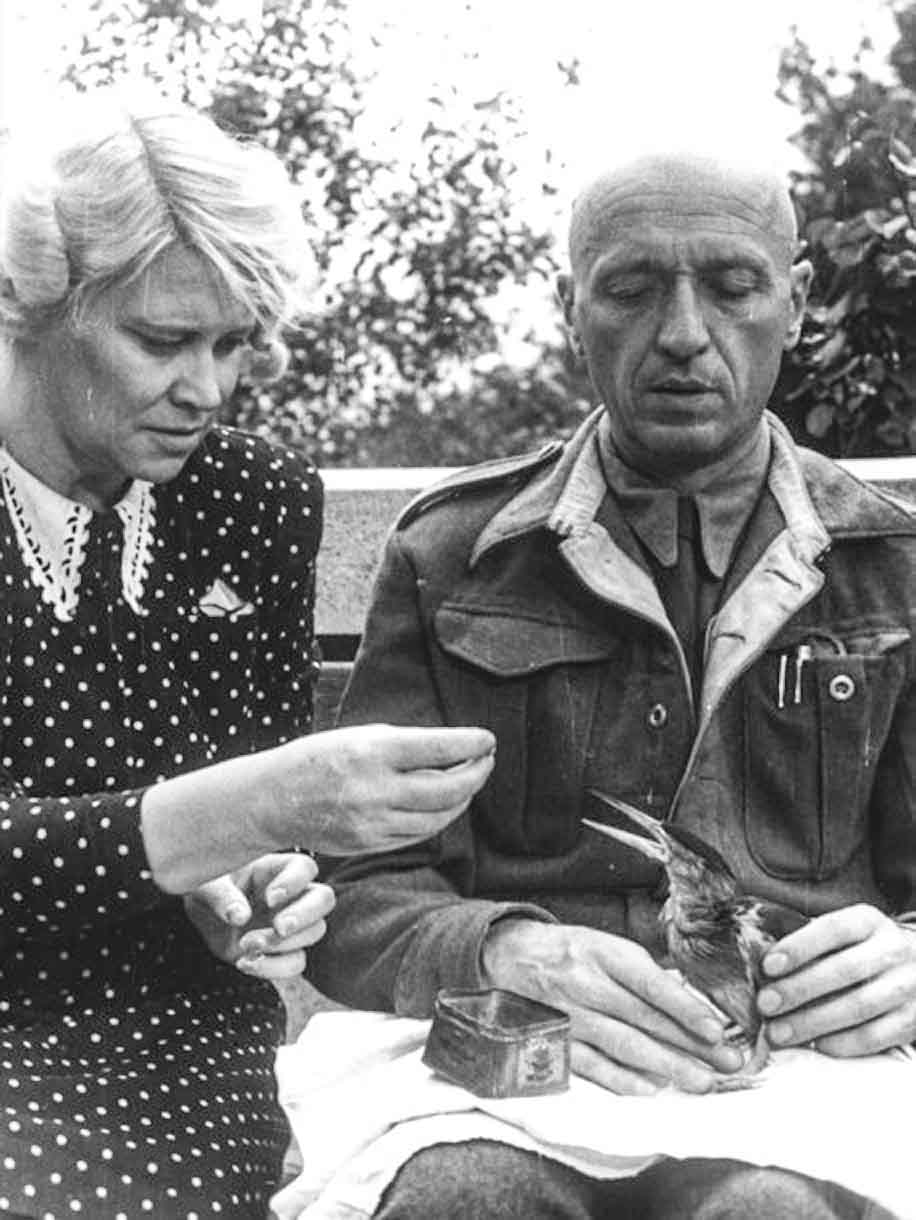 There is no particular psychological portrait of a Pole helping Jews survive the Holocaust. Everyone helped. Their humanity compelled them to do so. Examples of this range from the case of Jan and Antonina Żabiński, who hid Jews in the zoo in Warsaw, on one extreme, and Leopold Socha, a thief from Lviv, who was hiding a Jewish family in the sewers, on the other.

Poles – Righteous Among the Nations! 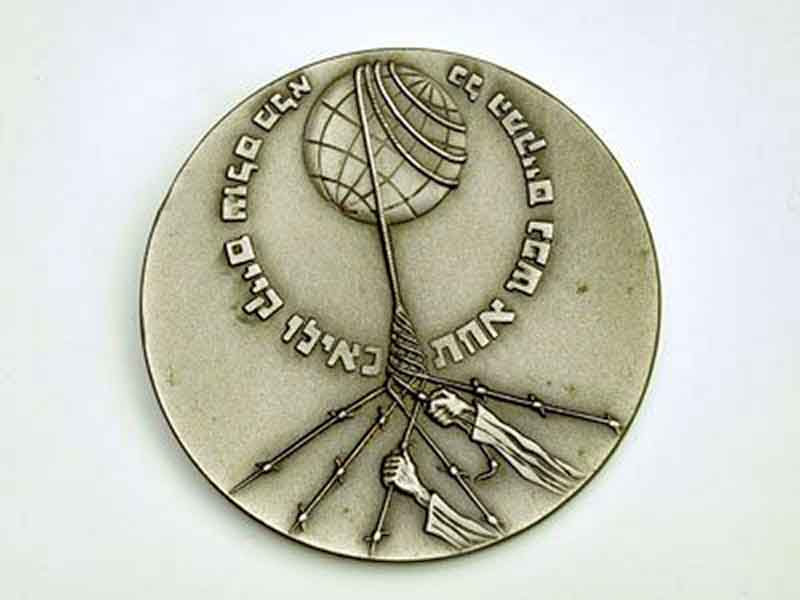 On the medal is the inscription "Whoever saves one life — saves the whole world." This is a paraphrase of a sentence from the Talmud, the central text of Rabbinic Judaism and the primary source of Jewish religious law:

So far, this distinction has been awarded to about 7,000 Poles, which constitutes 25% of all those honored. Historians estimate that the number of Poles saving Jews is much higher and may reach 100,000 or even more. Documents are constantly being found revealing new righteous people who are no longer among the living.

Władysław Bartoszewski, one of the founders and activists of Żegota, assessing its importance years later, said:

In a critical situation, for the first time in the history of modern Poland, representatives of competent, authoritative Jewish political organizations of various persuasions, often even in conflict with each other, together with representatives of democratic centers of the Polish underground, took action to save people, warn them, and collect materials regarding the Nazi crimes, and contacted with the free world. This is a phenomenon I do not know of in any other country of occupied Europe. However, due to the fact that the main part of the tragedy of the Jewish population took place on our territory, these actions could have affected thousands of people, but not millions. And they fade into the shadows in the face of the tragedy of millions. But I keep reminding you that, according to the Old Testament, ten righteous men were missing to save Sodom. There were thousands of these Righteous in Poland... I think that not only Jews saved in infernal conditions owe them something, but also all of us, and then the posterity.

Although as a politician, Władysław Bartoszewski still raises a lot of controversy, it is hard not to appreciate his activities in defense of humanity. Such actions as Żegota conducted and such behavior as "Inka" showed (Danuta Siedzik, in the face of death "she behaved properly") save what should be of the greatest value: our humanity.