Caring for the Blind

Almost every Pole and many people from the world of medicine, science, education and culture know of the educational and professional Center for the Blind in Laski near Warsaw, but very few people know to whom we owe its creation. The Center was named after Elizabeth Rosa Czacka, but the name will soon be changed to Blessed Elizabeth Rosa Czacka in recognition of her merits. She will be elevated to the group of Blesseds by the Catholic Church. The beatification ceremony of Mother Elizabeth Czacka will be held together with the beatification ceremony of Primate Stefan Wyszyński in the Temple of Divine Providence in Warsaw on September 12, 2021. 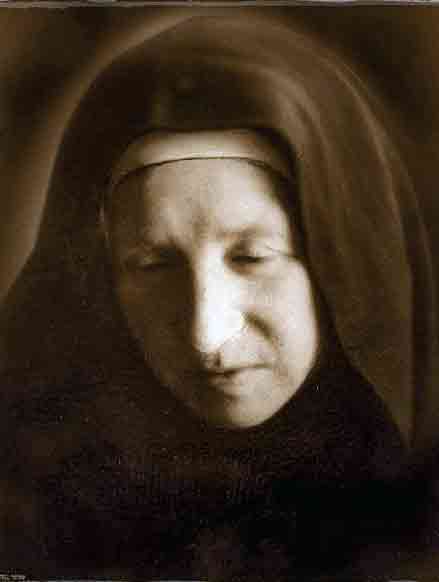 Rosa Czacka was born on October 22, 1876 in Biała Cerkiew (now Ukraine). She was related to many outstanding, patriotic and religious Polish families: Czacki, Ledóchowski, Potocki, Sapieha, Branicki. She was the sixth of seven children of Zofia Ledóchowska and Feliks Czacki. Her great-grandfather was Tadeusz Czacki, an outstanding activist of the Enlightenment era, a member of KEN (Department of Education) and the founder of the famous Krzemieniec Lyceum, and, her uncle was Cardinal Włodzimierz Czacki, an outstanding Vatican diplomat, personal secretary and unofficial advisor to Pope Pius IX and the papal nuncio in Paris for the pontificate of Leo XIII.

From childhood, she had vision problems. Despite the great care of her parents and visits to the best ophthalmic clinics of the time, at the age of 22, she completely stopped seeing. She did not accept her state of health as a tragedy. 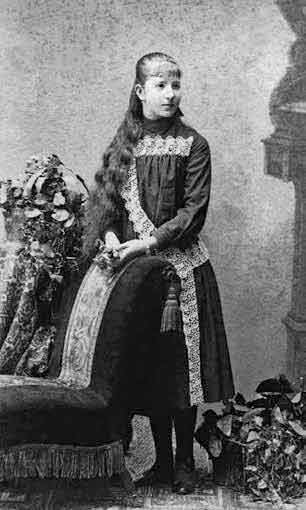 For the next ten years, she traveled around Europe (France, Austria, Switzerland), learned Braille and methods of working with the blind. She deeply believed that a blind person, under proper care, can become independent in life and socially fully valuable. She devoted her life entirely to the blind. In 1910 in Warsaw, using only her own funds, she founded a shelter for the blind. A year later it was transformed into the Society for the Care of the Blind and was approved by the Russian government. Thanks to this institution and the personal commitment of the founder, an orphanage, a primary school, workshops, and a Braille library were established in the years 1911-1914, as well as patronage covering the care of blind adults and their families in the city.

Rosa Czacka spent the years of World War I (1914-1918) in Żytomierz. While she was there she made a decision to live a religious life and to establish a new religious congregation that would serve the blind.

In May 1918, she returned to Warsaw as the nun Elizabeth. Having obtained the appropriate permits, she organized the Congregation of the Franciscan Sisters Servants of the Cross.

In 1922, thanks to the donation of five morgens of land in Laski near Warsaw received from Antoni Daszewski's family. Mother Elizabeth begins the construction of a center for the blind and gradually moves the existing facilities for blind children, the school and workshops, to the new headquarters. The headquarters of the Congregation is also being built in Laski. In the interwar period, the center in Laski managed by Elizabeth Rosa Czacka, became a modern institution providing blind pupils with basic and vocational education, allowing them to live independently and financially which helped restore their human dignity. In addition, the center offered people a place where suffering caused by blindness brought them courage and serenity; where blind people, lay workers, and nuns worked together on an equal footing. Laski began to be a meeting place for young intelligentsia, and a center of Franciscan spirituality. Sister Elizabeth Rosa Czacka worked closely with the future Primate of Poland Stefan Wyszyński, Fr. Władysław Korniłowicz, and Pope Pius XI became her closest adviser. 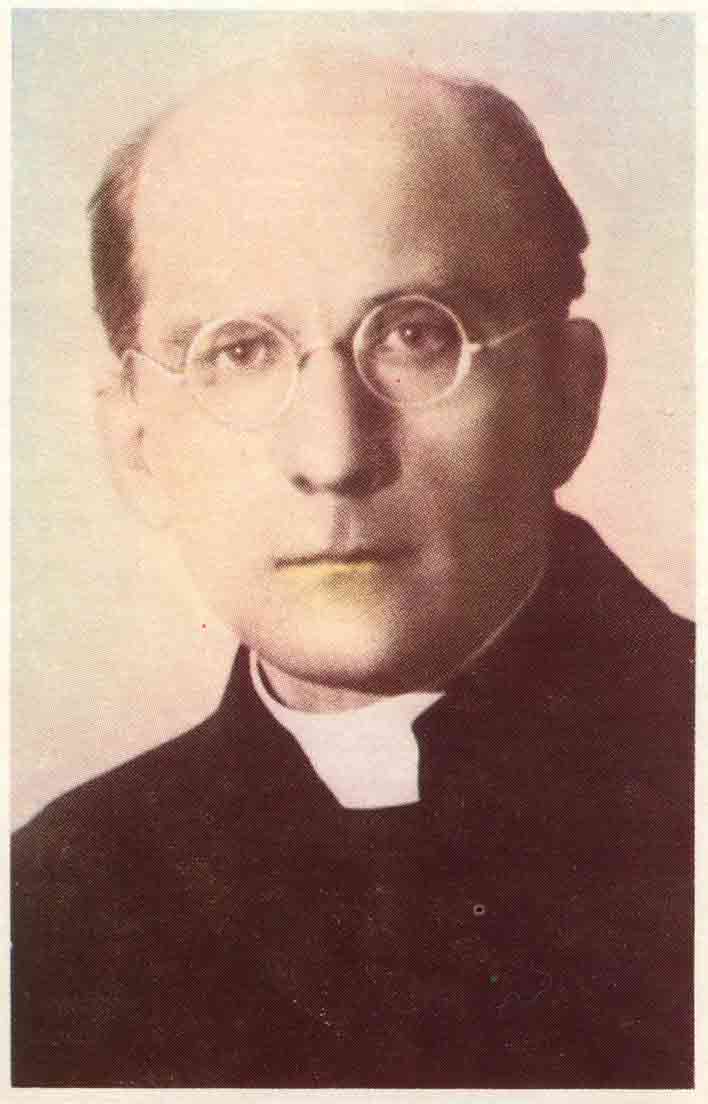 Fr. Korniłowicz played an exceptional role in the life of Laski center. He founded and led a discussion group for young people who wanted to deepen and strengthen their faith intellectually. Members of his "Circle" met to read books on religious topics, talk and pray together. Soon, people trying to break their indifference to Christianity appeared among them. The meetings were attended by writers, artists, journalists, lawyers, doctors and philosophers. Frequent guests were, among others, were Czesław Miłosz, a poet and a Nobel Prize winner, and a novelist Zofia Nałkowska. 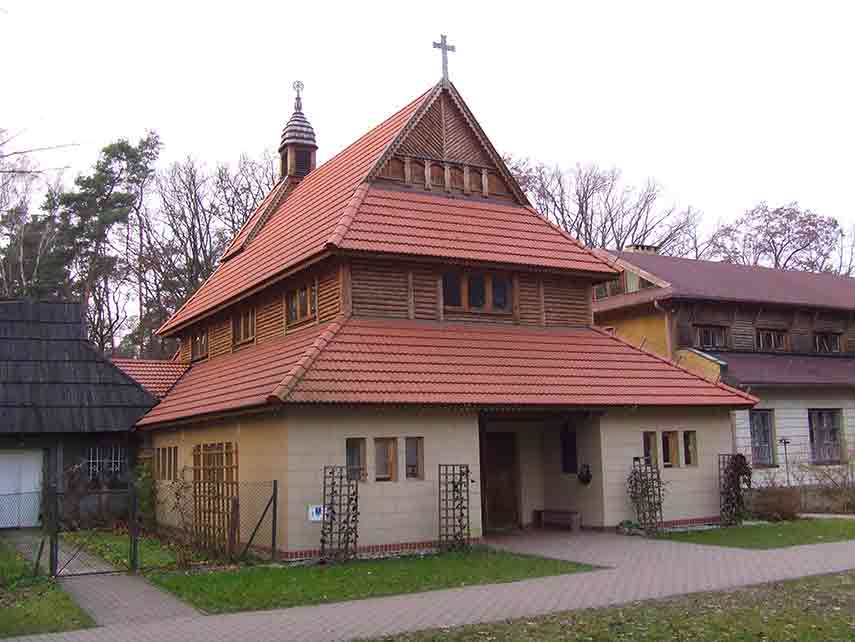 Laski, the Chappel of the Angelic God's Mother (Źródło: Wikipedia)

In September 1939, during the bombing of Warsaw, Mother Czacka was injured in the head. After a month of treatment, she returned to Laski. Through the Center, she worked closely with the Polish Underground Army.

During the Warsaw Uprising (August 1– October 3, 1944) together with Stefan Wyszyński, they organized help for the fighters and a hospital for wounded insurgents. After the war, Mother Czacka returned to Laski and until 1950, she was in charge of the reconstruction of the Center.

In 1950, Mother Rosa Czacka's illness began. She handed over the leadership to her successor, supporting her with advice and prayer. She died in the Odour of Sanctity on May 15, 1961 in Laski and was buried there. The funeral was conducted by Cardinal Stefan Wyszyński, a friend and spiritual co-creator of the climate in Laski.

Elizabeth Rosa Czacka is the best example of humanity and the best example of the implementation of Christian ideas in everyday social and individual life. She, like no one else, deserves the highest recognition among the living and the poor and to be distinguished by the Creator as God-blessed. We are proud that she lived among us - Poles.