In this document we read "(...) during the period of National Socialism, Poles living in Germany died in concentration camps, their organizations were banned and expropriated. The Bundestag wants to honor and rehabilitate these victims. That is why we are in favor of establishing a Documentation Center on the history and culture of Poles in Germany." [1]

This forum of Polishness is a unique work. It is a project of enormous importance, nowhere to be found in such a scope and in such a form. Its aim is to actively shape the culture of memory by collecting, preserving, presenting and updating content, and communicating with the people concerned.

Porta Polonica, ever since the first phase of its operation until today, is one of the three legal entities. Apart from it, the entities include representatives of the German government and the Union of Poles in Germany, with its current chairman Józef Malinowski.

Dr. Jacek Barski, who manages it, has made invaluable contributions to the implementation of this project. Thanks to him, as well as Polish, German and other authors who collaborated with him, the Polish presence in the 19th and 20th centuries in Germany is documented, thanks to which Poland and Poles become visible in the social space of this country. 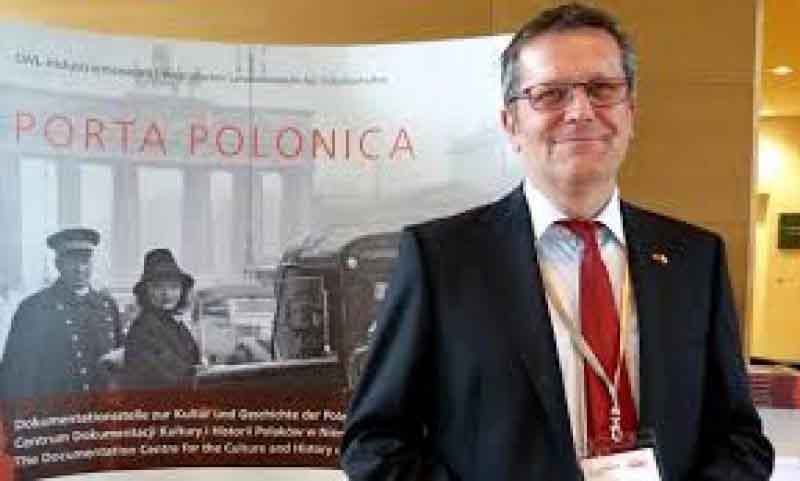 At the birth of the project, Mr. Jacek Barski, who is also the author of the name "Porta Polonica", was not present yet, but earlier, from 1992, he was a well-known activist and advocate of Polishness in North Rhine-Westphalia, in the Polish-German sector.

He was asked to create a feasibility study for the Center for the Documentation of Polish Culture and History in Germany. And it is precisely the doctor of art history, a graduate of the University of Muenster, and the curator of exhibitions, primarily of contemporary art — Mr. Barski, currently the managing director of the Center — that can be considered the creator and executor of this ambitious idea. He is responsible for developing a system for presenting on the Internet the Polish history, culture and tradition, implementing this system, as well as scientific and technical supervision over it. “Today everyone is online. The media reality has taken over us and we want to use it positively, ”says Jacek Barski. [2]

The works of Porta Polonica began symbolically with the presenting, on June 28, 2013 in Bochum, of the agreement to the director of the Association of Local Government Public Law Landschaftsverband Westfalen-Lippe (LWL), Dr. Wolfgang Kirsch, who said during this inauguration: "With this web portal, we are opening a whole new chapter in the systematic recording and presentation of this exciting part of our story." [3]

This digitized documentation is used not only by scientists from Germany, Poland and abroad, but also often by the children of Poles who once lived in Germany and left the country. This rich documentation in the collection of the Documentation Center makes it easier for them to trace fragments of the changing fates of their ancestors on German territory. Teachers and young people from German schools also benefit from the collections at Porta Polonica.

According to the statements of the creator of the project, about 90% of the materials, archival traces of Polishness, can already be found on the Center's website. They are constantly updated. Most of the records are in Polish, some in German, and their condition is good. The implementation of this idea took only two years. Considering the huge amount of materials, their dispersion throughout Germany, and the diversity of the subject of collections of Polish traces in Germany — this is a short time, which must be owed to the commitment and organizational talent, as well as the professional knowledge of the Director of this forum, Dr. Jacek Barski.

Porta Polonica — Center for the Documentation of Digital Culture and History of Poles in Germany — is an institution based on participation and focused on cooperation with Polish organizations in Germany. It calls itself a "Forum". Institutions dealing with migration issues in Poland and Germany, as well as institutes researching Polish-German relations, participate in the implementation of digitization projects at this forum. They include, among others:

Porta Polonica is institutionally (i.e. permanently) financed by the Federal Government. The legal entity is LWL Münster (Monastyr). The grant amount is EUR 300,000 (\(326,000) per year. This amount increases by a small percentage annually (due to inflation) and currently amounts to 320,000 Euro (\) 347,000). It should also be mentioned that the Documentation Center receives donations from cultural institutions in Poland and abroad, from scientific institutes, the Polish Catholic mission in Germany, and from private persons from Poland and Germany. Its seat is the LWL-Industriemuseum (Museum of Industry) and its branch Zeche Hannover in Bochum. 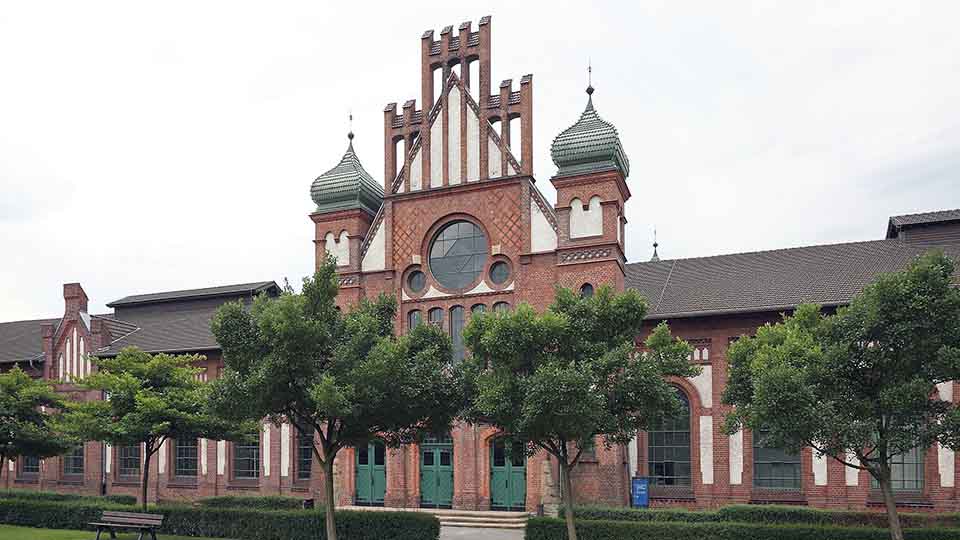 Many representatives of political life from both sides — Polish and German — spoke about Porta Polonica. Among others:

All these — what is also valuable — positive statements from various circles of political and scientific life are, of course, a cause for satisfaction for the Polish diaspora, but despite them (and despite the establishment of this institution), the expectations and obligations of the German state do not get fully satisfied in this way.

The return of the enormous property seized by the Germans under Göring's decree of February 28, 1940 on the plunder of the Polish minority in Germany to the Poles has not yet found its solution. The Federal Republic of Germany, as the "heir" of Nazi Germany, gave, by establishing the Polonica Center (which we also consider to be very positive), only a very small part of the compensation and of the expectations of a fair financial catharsis.

Documentation of the cultural heritage, history and forms of activity of Poles in Germany — the Documentation Center called Porta Polonica — can be found on the website www.porta-polonica.de in three languages: Polish, German and English.

Current address of the Documentation Center:

A Bit About Mr. Barski

Dr. Jacek Barski was born in Wrocław in 1958. In 1977-81 he studied philosophy and theory of art at the University of Wrocław. In 1981, he left Poland after repressions by the security apparatus. In 1983 he was granted political asylum in the Federal Republic of Germany.

In 1992 he defended his doctoral dissertation at the University of Münster "Die Strukturen der ästhetischen Kommunikation im Denken von Roman Ingarden" (The structure of aesthetic communication in the philosophy of Roman Ingarden). Since 1992, he has been working in many museums in Germany as a curator of exhibitions, mainly of contemporary art. Since 2013, he has been the managing director of the Center for the Documentation of Polish Culture and History in Germany (Porta Polonica). 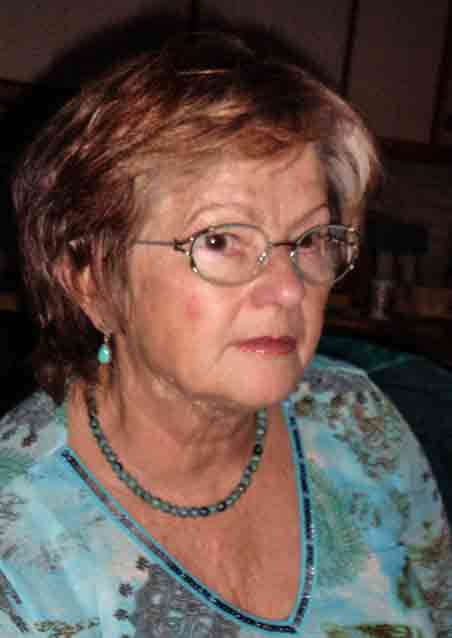 The project is partially financed by the Chancellery of the Prime Minister as part of the "Polonia and Poles abroad 2022" competition. The publication only expresses the views of the author(s) and cannot be equated with the official position of the Chancellery of the Prime Minister.
Celebration of the 100th Anniversary of the Founding of the Union of Poles in Germany
Maria Legieć 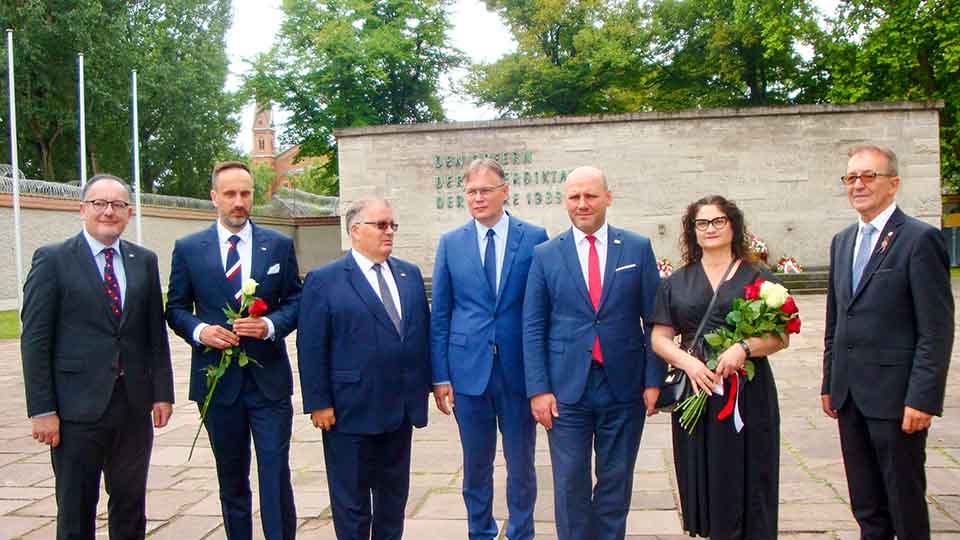 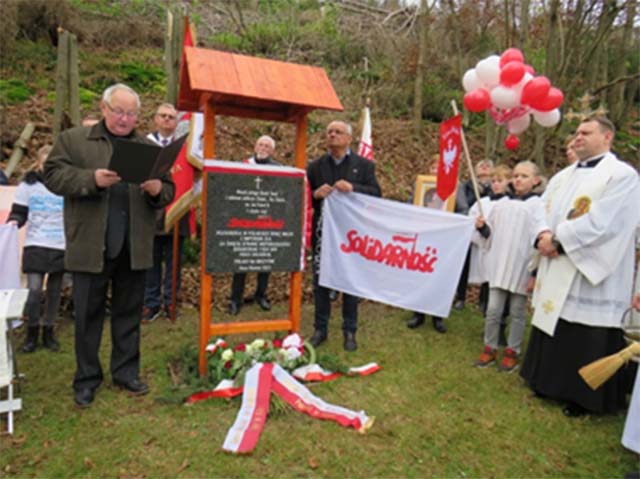 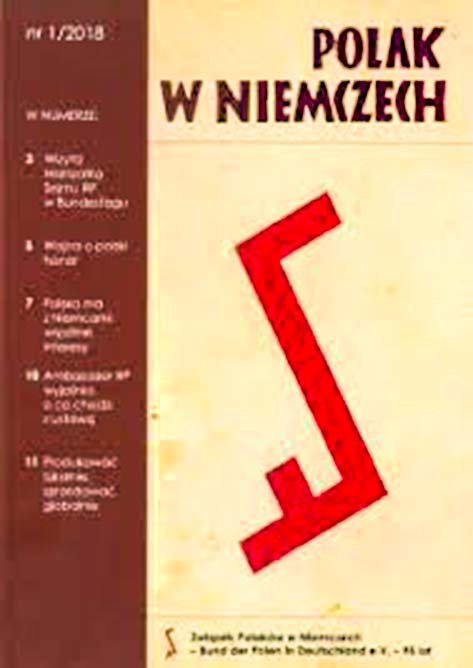