Throughout the 20th century, a Socialist voter was usually from the working class, from the lower class and, in cases of Eastern Europe, from the Peasants Parties (those peasants who had no land) — These are exactly the kind of people who support Orbán. The uneducated, the under-educated, the poor, the lower class and the peasants. All of Orbán’s policies are in fact Socialist. 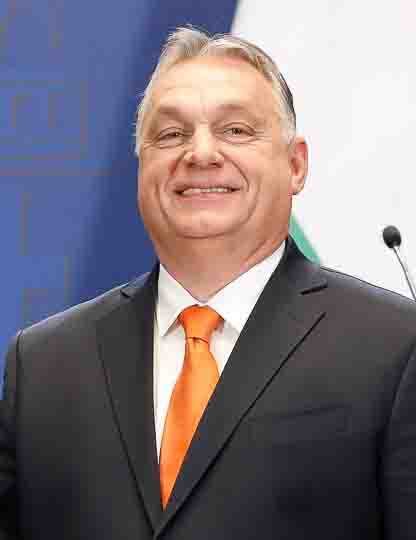 In the 2022 Hungarian parliamentary election, Viktor Orbán won by a landslide. His party, Fidesz, won 135 of the 199 seats securing an outright majority and retaining him as the Prime Minister of Hungary. A feat he has now replicated four times. Nothing to scuff at, even if one alleges improprieties. András Bíró-Nagy’s opinion piece in the New York Times published April 6, 2022, alleges that Orbán’s election is anything but proper. He advances the notion that Fidesz and Orbán have complete control of the media and that they blur the line between government and party. The usual. If the media was not on Orbán’s side it would be on the side of the opposition in which case I assume András Bíró-Nagy would claim it was objective. It’s only biased media if your side loses, if your side wins — the media was fair.

András Bíró-Nagy’s article goes to great lengths to advance a narrative that Orbán is a strong man, that he is not a Democrat, and that he isn’t liberal by his own admission. But all Socialist leaders across the 20th century were strongmen, illiberal, and anti-democratic. This is nothing new, it’s decidedly old-hat. Of course, the Western post-socialists are fond of saying “but that wasn’t’ REAL socialism.” András Bíró-Nagy doesn’t say that. He carefully avoids pointing out that Orbán’s “illiberal” policies are in fact socialist, because that would let the cat out of the bag. But to address the usual objection: apparently, it’s only “REAL” socialism if it’s in-line with what the current fetish is. Yesterday it was Marxist ideas, today it is BLM and LGBT. The change is like that of the KGB — a flag change not a “real” change. Orbán doesn’t support the current fetish — the “current thing” — including Ukraine and so he is, of course, uncool and dare we say it: “fascist.” Never-mind that no “real” dictionary definition agrees on what fascism means. We know that if it goes against Western notions of progress, it must be black-shirts and jack-boots. That’s always the case.

There appears to be (as usual) a bizarre amnesia in the West as it advocates for political changes in Eastern Europe (in fact, the entire world) that have nothing to do with socialism while, at the same time, claiming that it is the more “progressive” view. It’s as if the tables have completely flipped. We now have the “neo-fascists” actually practicing socialism while the “neo-socialists” practicing predatory imperial global capitalism. Oh, how the world turns.

Support for Western defined “minorities” appears to be more important than locally defined “minorities.” Hungarian refusal to admit middle-eastern migrants falls into that category and Orbán’s skepticism of Ukrainian plight fits nicely into that narrative. This local independence is what makes Orbán a pariah in the same vein that Tito and Stalin hated each other. They were both Communist strongmen but Tito wanted nothing to do with Moscow. Like Orbán wants little to do with Washington. And who can blame him? Only the post-socialists in power in the White House blame him.

Of course the whole idea of “minorities” is very silly: we should really speak of the “downtrodden” because that is more accurate — unless you are OK with using the term “minority” to refer to women who usually outnumber men. “The downtrodden” really makes more sense. And who knows better who needs help? A distant capitalist on another continent with a very different history, or the local strongman with his ear to the ground?

Orbán was re-elected because he has the support of the local downtrodden” in his own neighborhood, Not the L'Internationale defined global downtrodden…

Arise, wretched of the earth
Arise, convicts of hunger
Reason thunders in its volcano
This is the eruption of the end…

…This is the final struggle
Let us gather together, and tomorrow
The Internationale
Will be the human race

…but those who, in Orbán’s state, have the menial jobs, the low income, and who have been left behind by that global Western style of modernization and now have little tolerance for Western moral-ethical imports. In other words, Orbán is more concerned with charity at home than with exotic charity abroad or to the outlier groups that would undermine social cohesion. He knows, because he has his ear to the ground what is good for his country, he isn’t sitting in some far distant ivory tower pontificating what is right for humanity. He is knee deep in it.

Orbán is a Neo-Socialist who focuses on keeping his small country’s head above water in an increasingly dysfunctional and chaotic world. Why is that wrong? Because from a Western standpoint the local nation-state is obsolete and we should all be striving to be citizens of the united world — of planet Earth. That’s of course an old Communist idea. But it’s not even Communist. The Muslims, the Christians, all the way back to Alexander the Great, have all advocated a “brotherhood of man.” But to do this, to bring about this great fraternity of all nations and all men and women, the locality has to be eliminated, or at least made into nothing more than a mere administrative region, like a municipal district, certainly not like anything resembling a sovereign and independent nation state.

That’s why we have such glorious projects as the “Soviet Union,” and “Yugoslavia,” and of course, the more modern “European Union.” Of course, the locality can be allowed to have its festivals but no real power — nothing to stand in the way of the grand collective. Orbán, if he was a good citizen of Earth, should be using his state’s resources to help Africa, or to help (and advance the cause of) the sexual minorities, or to work towards combating global climate change, or some other such ephemera — rather than helping the rural communities in Hungary. The latter makes him parochial, provincial and all our scientists always tell us how bad it is to be so narrow minded to care for one’s own garden and ignore the great universal garden.

From the progressive perspective in the West, Orbán’s sin is that he is loyal to his own people before being loyal to “humanity.” Orbán’s loyalty to his own blood-brothers and not to the human collective — to family and not to the anonymous — is seen as vile. There is no reconciliation between these two views. One is the understanding that there are concrete limitations and you are ultimately held accountable by those closest to you, and the other believes that reality can be re-negotiated and that history will judge you as a saint. You cannot help everyone, and Orbán’s help goes to his own constituents, be they the voters, or his own party cronies. Of course, he lines the pockets of his own buddies — that’s not even in doubt — just like Washington lines the pockets of NGO’s and large Corporations — their party cronies. Orbán is the modern Tito, and Washington is not exactly Moscow, but you get the general idea.

The Western elites who are all post-Socialist and want to re-create all societies into a carbon copy of the “self-declared in faux-moral success: West.” Why anyone would subscribe to this plan given how divided and how chaotic our Western society has become is quite beyond me. Well, if you have cultural and historical amnesia you can easily agree that “the West is the Best” — that is exactly what Jim Morrison (that earlier-age celebrity-socialist who hated American foreign policy) meant when he penned that line:

It’s not immoral to say that: “The West is no longer the Best.” It’s actually quite reasonable and prudent. Until we — in the West-is-Best — clean up our own act, we really should keep our noses out of other countries — and abstain from criticism that is ultimately self-serving. Maybe we don’t actually know what is best for Hungary. Certainly claiming from the other side of the Atlantic ocean seems, at best, arrogant and, at worst, downright ignorant. That is what the Baby Boomers like Biden, Kerry, Bill and Hillary Clinton all said when they were in their 20’s, 30’s, even 40’s and then they all grew up and grew old and got hold of power and then decided the West was, after all, the Best and anyone who disagrees or does his own thing is not just wrong, he’s a threat to the establishment, to the party platform, you know, like Tito was to Stalin, like Orbán is to us.

I would like to end not on this dark note of threats and criticisms, but to go back to the insights given to us by poets. What does the L'Internationale say?

There are no supreme saviors
Neither God, nor Caesar, nor tribune.
Producers, let us save ourselves
Decree on the common welfare
That the thief return his plunder,
That the spirit be pulled from its prison
Let us fan the forge ourselves
Strike the iron while it is hot

Yes — strike the iron while it’s hot. To know which way the winds of history blow, that is the power of the locality, the grassroots, the facts on the ground. When we put our faith and trust in distant think-tanks and far away capitals, we lose sight of what matters, of the immediate reality surrounding us. Viktor Orbán refuses to die on the altar of some grand universal ideology, of some global mythic battle. He is a pragmatist, he walks with feet firmly on the ground, a grown up. What did Jim Morrison say?

The time to hesitate is through
No time to wallow in the mire
Try, now we can only lose
And our love become a funeral pyre

If you live for all of mankind and seek to save all of humanity, you will burn up on that funeral pyre. True love, true patriotism, true charity, true humanity begins at home. If you hesitate to help your family because you wallow in the mire of some great ambition, your love is nothing more than an abstraction. Real love is tangible and you know personally the people you help, they are all around you. Viktor Orbán won re-election because, unlike his critics in the West, he is a real revolutionary — his socialism is verifiable — his victories are struck while the iron is hot. 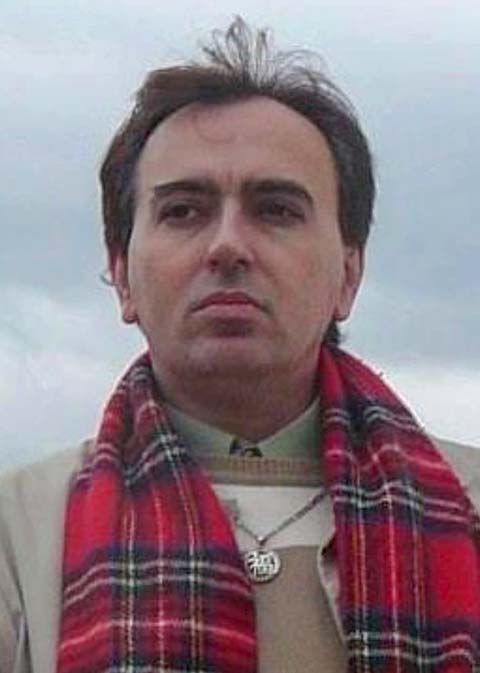 
An American poet living in Los Angeles. His works range from single sonnets to epic poems on themes including current events, myth, and philosophy. In addition to American subjects, his work is strongly informed by international events and history, especially those of freedom and oppression. He spent his early childhood in Poland where he was particularly influenced by the rise of the anti-communist Solidarity labor union. He studied philosophy and literature at Los Angeles City College, graduated from UCLA. He has appeared in many Los Angeles venues. Founder of the Witching Hour Poetry Gathering, a founding member of the Pecan Pie Organization. His poetry book "Fifty Sonnets, titles like labels only get in the way..." is available for purchase online.