Interview with Dr. Paweł Zyzak — the new Consul General of the Republic of Poland in Chicago

Paweł Zyzak (born 1984 in Żywiec) is — according to Wikipedia — a Polish historian, Americanist, government analyst, publicist, entrepreneur, author of, among others Lech Wałęsa's biography entitled "Lech Wałęsa - Idea and History" (2009), Consul General of the Republic of Poland in Chicago (from September 2022). He graduated in history (archival and teaching specialization) at the Jagiellonian University (in 2008). He is a graduate of IESE Business School.

In 2010, he completed a four-month research internship at the Institute of World Politics in Washington, and in 2013–2014 he studied at the University of Vienna. Scholarship holder of The Albert Shanker Institute in Washington, Institute for Democracy in Eastern Europe and Polish & Slavic FCU . Participant of the Harvard Project on Cold War Studies at Harvard University.

In 2015, he completed doctoral studies at the University of Adam Mickiewicz in Poznań, and a year later he defended his doctoral dissertation under the supervision of Tomasz Schramm, "The history of the cooperation of American and Polish trade unions, 1918–1989".

Paweł Zyzak became known for his 626-page book on Lech Wałęsa, based on his master's thesis, "Lech Wałęsa - Idea and History", published in March 2009 by the Arcana publishing house. For this book, he received the Józef Mackiewicz Literary Award in 2010. In the same year, he was also the laureate of the Jacek Maziarski Award.

In December 2018, he started working as a member of the Organizational Team of the Center for Strategic Analyses, after which he was appointed the deputy director of the Department of Strategic Studies at the Chancellery of the Prime Minister in the government of Mateusz Morawiecki. From September 2022, the Consul General of the Republic of Poland in Chicago.

Waldemar Biniecki: You are the author of many very interesting publications on the creation of the Third Polish Republic, the role of important people from the American establishment in the formation of Polish statehood. You talk about it, among others, in the interview "About the Missing Millions of the USA for Solidarity". Why is the history of the establishment of the Third Republic so confusing and how to explain it to Americans and Americans of Polish origin?

Paweł Zyzak: It seems confusing to us, because the period of the 80's and 90's is still a "blank page". There is a lack of extensive as well as synthetic, source, scientific or popular science studies concerning this period. There is a shortage of historians who would specialize in this area in a holistic way, i.e. not limited to one type of source. In the publication mentioned by you, I tried — as it happens — in a holistic way, referring to both Polish and American documents and all other types of sources, to describe the rarely described role of Western aid, including money, in the emergence of specific conditions and circumstances in which the so-called political transformation took place and in which agreements were made within the opposition in Poland, between the opposition and the communist regime, and finally, between the West — the role of the USA not to be underestimated — and the broadly understood "Polish side."

WB: For the last 100 years, the American Polonia has been supporting the Polish nation and state uncritically and unconditionally. It sent over 22,000 volunteers to the Blue Army. It supported Poland through the Organization of the American Relief Effort in Poland (1919-1923), which donated $250 million to Poland. After the treason in Yalta, the Polish diaspora in America, representing the Polish raison d'état and Polish interests with the London government, accepted 150,000 Poles (Displaced Persons Program). After World War II, UNRRA, another aid organization, donated $453 million to Poland and there are many, many other examples. It was being dismantled by the KGB, UB (Urząd Bezpieczeństwa, Security Agency), SB (Służba Bezpieczeństwa, Security Service) and other three letter organizations. Now itself it needs support. Are politicians in Warsaw aware of this?

PZ: I think that the Polish authorities are aware of the potential that lies dormant in the Polish community abroad and, at the same time, they try to support its activity in various fields with the available tools. Since 2015, there is even a government Program of Cooperation with the Polish Diaspora and Poles Abroad, which contains very ambitious goals in line with your expectations. Ultimately, it comes down to practical implementation and this needs, among other things, coordinating the activities of a number of different institutions in Poland and — as well — time. Even a perfectly coherent Polish diaspora policy would bear fruit only after at least a decade, and we, as you rightly pointed out, are additionally facing the effects of the half-century of operation of the communist state among the Polish Diaspora and the lack of sovereign diplomacy on the territory of the USA. I can only be responsible for myself, for my area of ​​activity. While in office in Chicago, I will do as much as I can to raise the importance of the Polish diaspora in the eyes of both Polish and American politicians.

WB: Secretary of State in the Chancellery of the Prime Minister (Kancelaria Urzędu Rady Ministrów) Jan Dziedziczak tries to encourage the Polish diaspora to take a little more active action around three areas of activity. This message was present in the Minister's speech at the World Congress "Country - Emigration", and then — in a similar vein — the Minister published an article in the "Chicago Tribune", to finally repeat it in Polish in the monthly „Wszystko co Najważniejsze” (Everything that is the Most Important). Let's hope that the article will also go to the Polish press. In his article, the minister explains the role of the Polish diaspora and defines three basic tasks for the Polish diaspora: "Taking care of the interest of Poland, building pro-Polish lobbying, and passing on Polishness to the next generations." In order to carry out the tasks mentioned by the minister in his articles, the Polish diaspora must, however, have specific tools. Media, foundations and think-tanks. Professional training in English. We have people who do this professionally in American universities. Could you please comment on this? What is the plan of the new Consul General in Chicago for the Polish community in the Midwest?

PZ: My priorities include working with the English-speaking part of the Polish Diaspora, primarily with school- and university youth, including Polish student clubs. I presented my vision during my speech before the Parliamentary Committee for Liaison with the Polish Diaspora and Poles Abroad. Over 90% of our compatriots in the USA speak only English. We have a lot of work ahead of us to rediscover this community, to encourage it to act and support it with all the tools that the facility indirectly has at its disposal. I also want the Consulate General to be a meeting place and a platform for constructive work for various Polish communities, regardless of the profile of the organization, age group or place of residence. There are ten states in the consular district. I am not going to limit myself to just one city.

WB: There are as many as 20 million people in the world who are proud of their Polish roots. All these people represent a huge potential that needs to be combined in order for them to serve as ambassadors in the world and to help create a modern image of Poland, Polish culture, science, and art. It's time for this message to reach the Polish elite. This potential may not only help strategically support Polish interests, but also help change the image of Poland. Hundreds of diagnoses on this subject have been made in Poland. Numerous conferences have been held. The primary tool for communicating with the Polish diaspora is the Polish diaspora media. Their condition here in the Midwest is not satisfactory. The Kurier Chicago, as a traditional newspaper, ceased its activity. The Polar Star and the Dziennik Związkowy (The Union Journal) have definitely slowed down, and the bilingual Kuryer Polski, established two years ago, is still trying to broaden its range. The Polish media in the Midwest is going through a severe crisis. How are you going to change this situation and help the Polish media?

PZ: The Consul General does not have the tools to save the Polish media from collapse on his own. After all, their fate is determined by the laws of the market, the number of readers, and the technological progress. The Polish-American media have to deal bravely with the crises they encounter. As a consulate, we can support editorial offices as part of substantive projects or, for example, the development of websites. The media can apply for bigger funds at the Ministry of Foreign Affairs as part of infrastructure funds or, of course, at the Chancellery of the Prime Minister in the department of the aforementioned minister Dziedziczak. If you have any questions on how to do this, we will instruct and, if required, we will issue a positive opinion.

WB: A few days ago I watched the report from the Polonia Forum in Karpacz. Most of the panellists were people from Poland who had never lived abroad. I haven't seen anyone from the United States. Over the last few years, one can get the impression that the Polish diaspora is developing best — in Poland. There, projects are created that are not consulted with anyone from the United States, where, after all, the largest group of approximately 10 million of the American Polish diaspora lives. New organizations are established with the money from the Polish taxpayer to "help the Polish diaspora". We need help here on the spot, in cooperation with people who know us and have contact with us. They should be local Polish diplomats who work directly with us and know our needs. This is what cooperation looks like in most countries that have diasporas in the USA.

PZ: The best-organized diasporas are coping without the mediation of local diplomats, or in cooperation. But I am not going to look at other diasporas in this regard. I am at your disposal. Inform me, as the Polish diaspora, ask me, make use of my presence, because I am here, even if you do not have Polish citizenship, for you. I would prefer this unsightly trend of the expiration of Polish passports among the Polish diaspora to be reversed. Even if our compatriot had only a grandfather with Polish citizenship, he or she may still receive a Polish identity document within just over a year. If (s)he is in a hurry — the Pole's Card [can be obtained].

WB: Thank you for an interesting conversation. We invite you to Wisconsin.

PZ: Thank you for the invitation. I'll see you soon.

Share
Tweet   Email   Share
The project is partially financed by the Chancellery of the Prime Minister as part of the "Polonia and Poles abroad 2022" competition. The publication only expresses the views of the author(s) and cannot be equated with the official position of the Chancellery of the Prime Minister.
Prof. Marek Rudnicki
Outstanding Figures of the Polish Community
Ania Navas 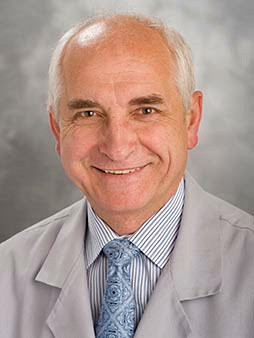 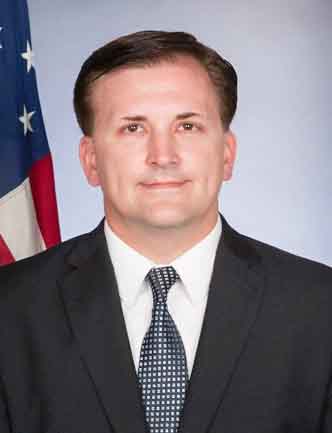 Read more...
Mr. Ambassador Magierowski - We are waiting for you!
Waldemar Biniecki 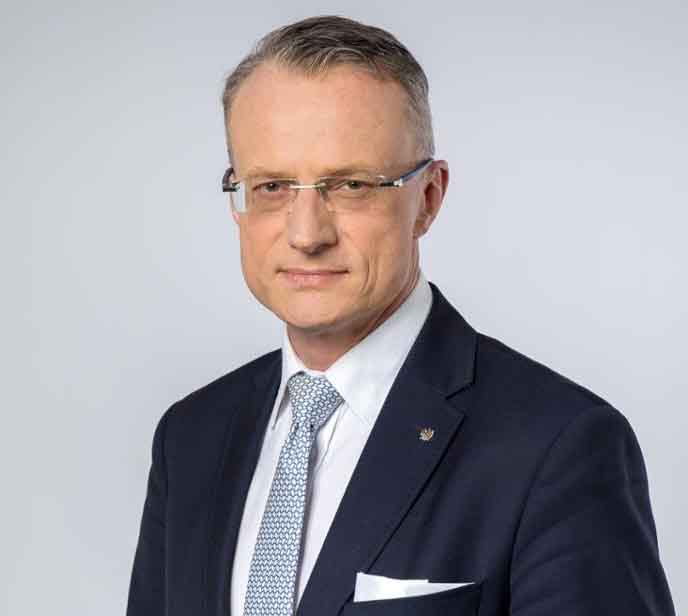 Since 2016, there has been a discussion in the Polish media space about how to defend Poland's good name. Representatives of political circles, academic representatives of the media, clergy and many others participated in this discussion. At the moment, the debate continues. Almost all diagnoses have been made. It was decided what to do. And what happened? Nothing.