On December 5th, 2022, the first nuclear fusion experiment with significant energy gains was conducted at the US National Ignition Facility (NIF) in Livermore, California.

Because mainstream science and popular media have marked this event as a significant leap forward in energy science, the question should be asked: what is nuclear fusion and how did the scientists achieve such a feat?

Almost all articles online gloss over the details of nuclear fusion, simplifying it as the process that powers stars, such as our Sun, but it is a rather complex natural process. Nuclear fusion is the combination of the action of all natural forces and laws that control our Universe.

Nuclear fusion relies on fundamental concepts of the Universe: the laws of thermodynamics, the connection between mass and energy, the weak and strong nuclear forces, and the electromagnetic force.

Starting with thermodynamics, a field of physics that studies the flow of energy, it has four main principles which are set-in-stone properties of the Universe. For the understanding of nuclear fusion, the most important principle is the second one: energy cannot be created or destroyed. The second principle of thermodynamics is relevant to explaining the connection between mass and energy highlighted in Einstein’s famous equation E=mc2.

While many have heard of this equation, some may not know its true meaning, which states that there is a connection between the mass of an object and the total energy it possesses. Although Einstein came up with this equation to explain certain concepts in relativity, relevant to this discussion is that, if a reaction between two elementary particles takes place and there is less mass in the end than when it began, it means energy was released. The scenario of a closed system simply losing energy is impossible according to the second principle of thermodynamics.

To account for the potential difference in the masses of the particles involved, the so-called weak nuclear force comes into play. The weak nuclear force is responsible for the transformation of protons into neutrons to allow for a balance of energy and particle stability to be obtained.

The final component that needs mentioning is the electromagnetic force, which works on every element in the Universe that has either a positive, or a negative electric charge. Particles with the same charges, such as two protons, will repel each other, while opposite charges will attract.

However, at higher temperatures, the electromagnetic force no longer has significant effect. Instead, the attractive strong nuclear force replaces it as the dominant factor, allowing protons to attach to each other, thus permitting for nuclei to be formed from multiple protons.

With the above-listed concepts in mind, nuclear fusion is now able to be properly explained.

What Is Nuclear Fusion?

For nuclear fusion to occur, a high-enough temperature environment to overcome the electromagnetic force is needed to allow protons to bind to each other. This requires temperatures of over one hundred million degrees Celsius [* (see the editor's note below)]. If these conditions are met, two protons will collide forming an unstable helium nucleus. 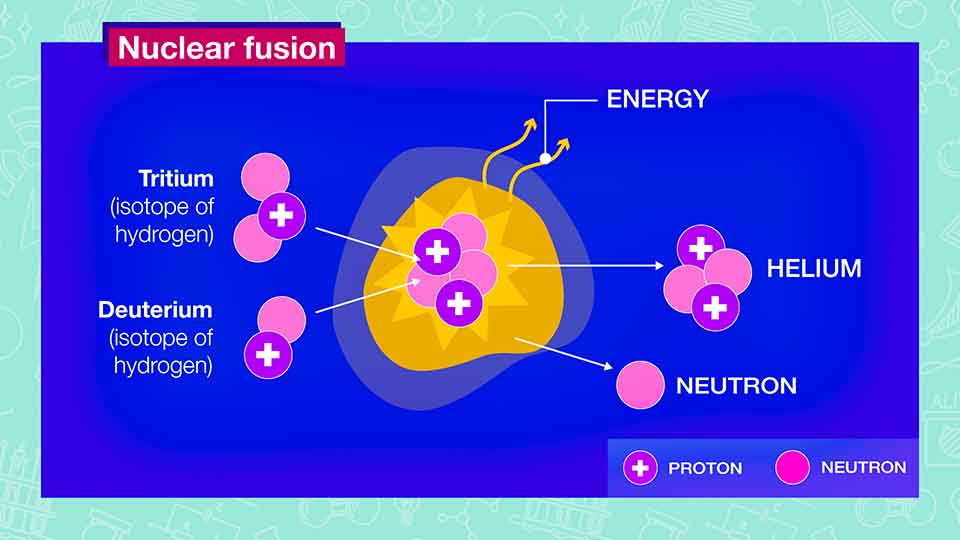 To make a stable form of helium, the weak nuclear force will spontaneously transform one of the protons into a neutron, while releasing two other particles, a positron and a neutrino, alongside a bit of energy. The result of this is a variant of hydrogen called deuterium consisting of a single proton and a single neutron. This atom then combines with another proton producing a form of helium called helium-3 as well as a burst of gamma radiation (photons carrying electromagnetic energy).

Now that the process of fusion has been explained, the question is how the scientists at the US National Ignition Facility achieved the significant energy gains. 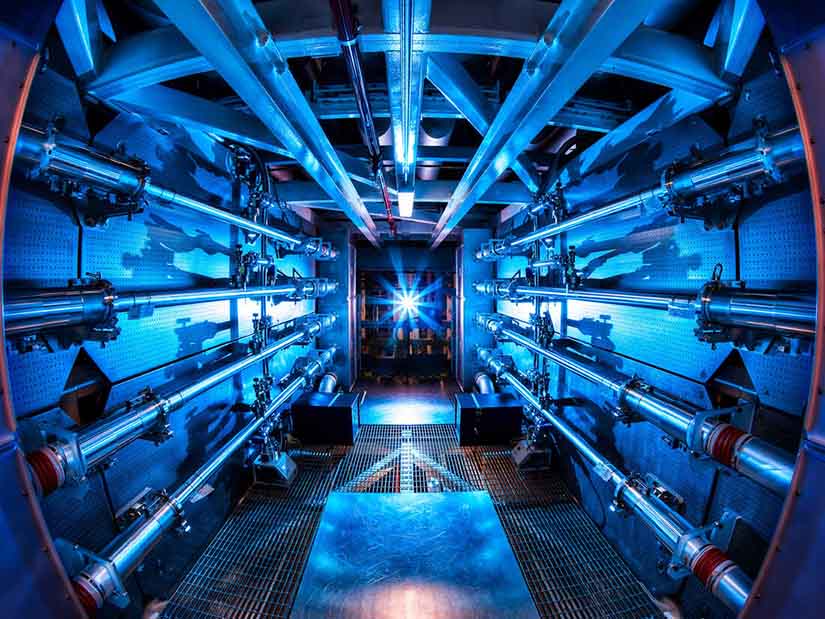 They utilized 192 lasers in a spherical shape around a pea-sized gold cylinder to deliver 2.05 megajoules of energy (roughly 0.57 kWh) to two isotopes of hydrogen. The precise aim of the lasers allowed the gold cylinder to heat up to the point of achieving conditions similar to those in the Sun’s interior within the cylinder, allowing the fusion of the hydrogen atoms into helium to occur.

The fusion reaction that occurred within the cylinder led to the release of 3.12 megajoules of energy (0.87 kWh): about a 50% gain with respect to the energy that was put into the cylinder.

Although the NIF experiment proved that an efficient nuclear fusion reaction is possible, the design is far from being a viable commercial fusion reactor.

For instance, one thing many popular articles fail to mention is that 322 megajoules (89.4 kWh) were necessary to power up the lasers in the first place, so overall the task was still energy negative.

Although it may be disappointing that the reality of the news is merely a simple experimental confirmation of a theorized practical use of the phenomena observed in stars, this discovery has legitimized scientists’ decades-long pursuit of a possible fusion reactor. It is particularly noteworthy to mention that the method used by scientists at the NIF is just one of a handful of proposed methods of achieving nuclear fusion, and the results will likely spur interest in other methods of fusion attainment.

Overall, scientists have finally utilized decades of theoretical physics to knock down the first domino in a long line of fusion experiments necessary to achieve commercial fusion.

Although the achievement may seem to be a small breakthrough that — to an outsider — generates no practical benefit to the “common man”, this small step, like knocking the first piece in a line of dominos, has potentially initiated a chain reaction that will lead to an efficient form of clean energy down the line.

[*] EDITOR'S NOTE: Technically, the temperatures of hundreds of millions of degrees are not required for the fusion to occur. For example, the temperature of the interior of the Sun is estimated to be "mere" 15 million degrees, yet the Sun — thankfully — has no problem performing nuclear fusion. The Sun and other stars are able to get by with this much lower temperature because of the enormous pressure inside their cores caused by the gravitational pull that brings the protons much closer together and makes fusion more likely overall, plus there is abundant material available to fuse. On Earth, we cannot (yet?) generate such enormous pressures, and we work with small samples, so we resort to increasing the speeds of colliding particles (a.k.a. their temperature) instead, to conditions far exceeding those in the Sun, such that they can overcome electromagnetic repulsion and get close enough together to fuse. -- AJW 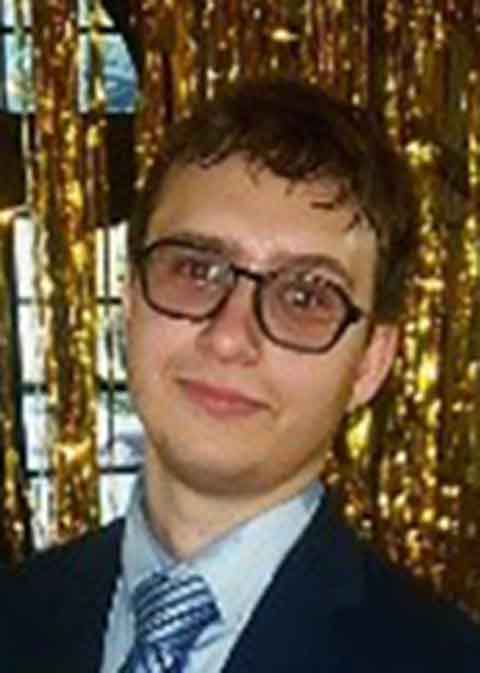 
A second-year student at the University of Texas at Austin studying physics. 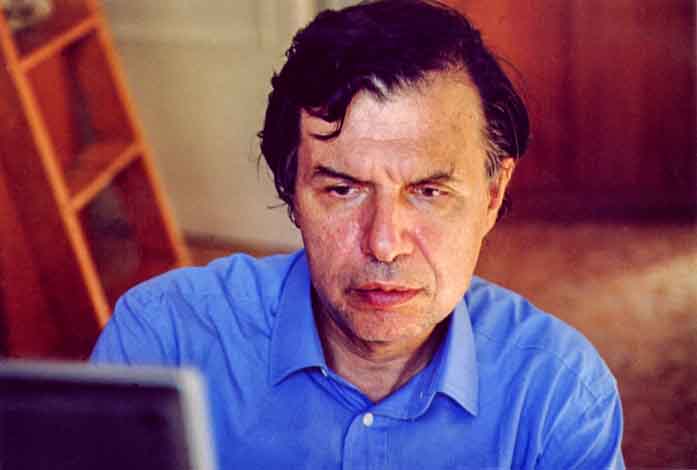 All three winners this year received an award for research into chaotic and seemingly random phenomena and their modeling. Giorgio Parisi has been awarded for his revolutionary contribution to the theory of disordered materials and random processes. Syukuro Manabe and Klaus Hasselmann laid the foundations for our understanding of the Earth's climate and how humanity affects it. 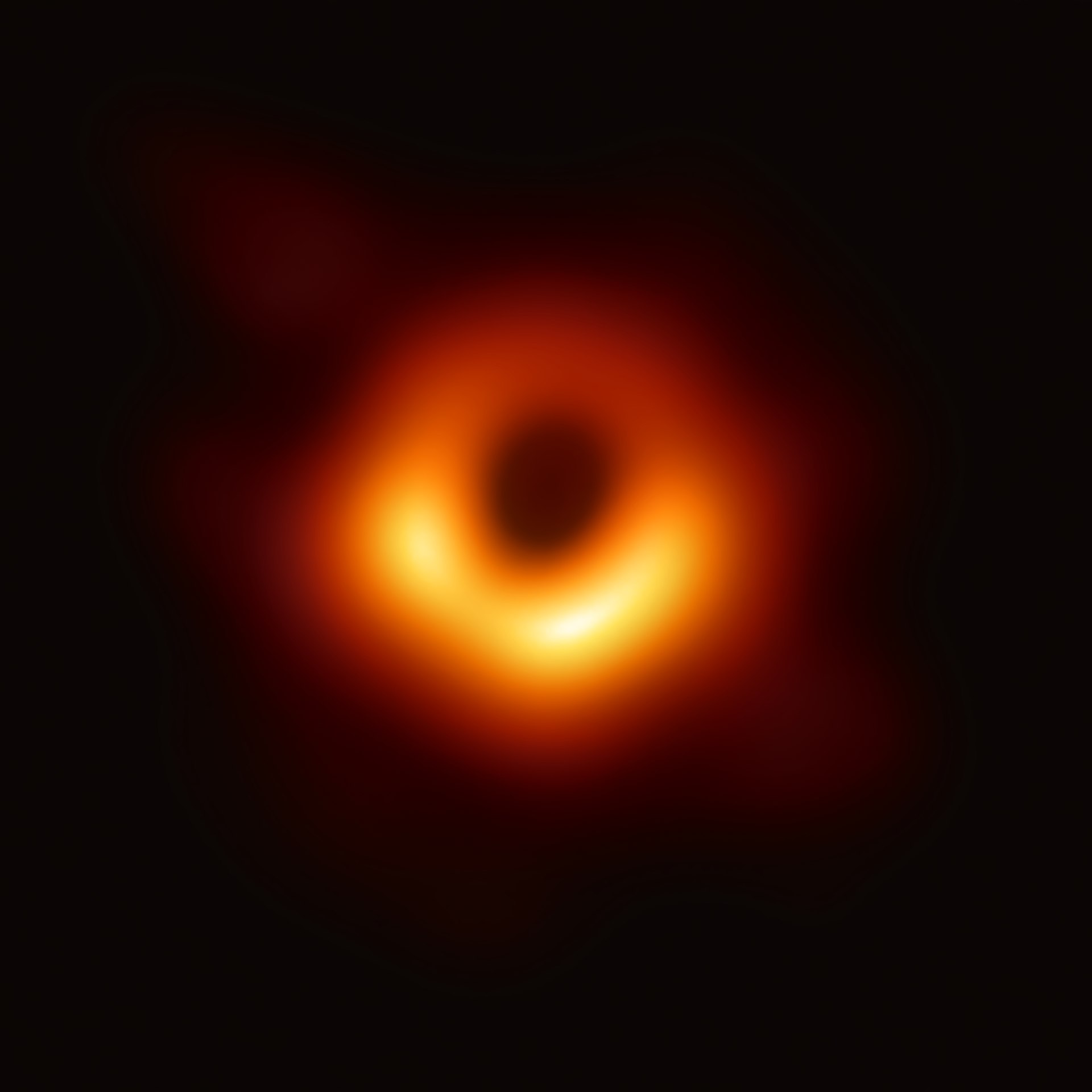 This year's prestigious Nobel Prize in physics went to three outstanding scientists. Half (50%) of the award went to the famous British mathematician and physicist Sir Roger Penrose of the University of Oxford. It is of particular interest to us, as the scientist has recently been working closely with Polish scientists. The remainder of the award (25% each) was split equally between two astrophysicists associated with California University at Berkeley: Reinhard Genzel and Andrea Ghez.