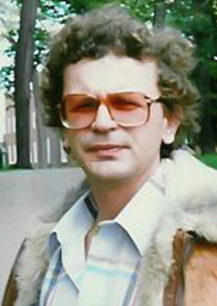 A doyen of Polish journalism in the USA, living in Stevens Point, Wisconsin, pseud. A.R. Poray, Marian Izdebnik (born September 7, 1947 in Krakow) - Polish emigrant poet, prose writer, literary critic, journalist, publisher. Political emigrant (in the USA since 1969), called the last bard of Polish independence and military emigration. In exile, he published, inter alia, volumes of poetry: Following the Madonna (1969), Through Darkness to Light (1978, 1983), The Color of a Maple Leaf (1981), The Wind of My Storm (1982, 1984), Madonna with a Spinning Wheel and Other Poems (1987), Ashes (2005); literary sketches: Song of Fire (1984) [about K.K. Baczyński], On people and books (1985) [essays on emigrant artists]. One of the eyewitnesses to the life of Polish patriotic and soldier emigration, which he documents in his books. Present at the birth of many pro-independence emigration initiatives, incl. Of the POMOST Social and Political Movement and the Society for Promoting Hope. Associated with the Józef Piłsudski Institute and the Polish Scientific Institute in New York, and since 1969 with the Polonia Research Institutes in Orchard Lake, and with the Pole Star - the longest-running Polish newspaper in Wisconsin. For his literary activity, he received the Silver and Gold Cross of Merit from the Presidents of the Republic of Poland in Exile, the distinction of the Association of Polish Writers Abroad, the Aleksander Janta Literary Award, the Polar Star Centennial Literary Award, the Paderewski Medal and the Officer's Cross of the Order of Polonia Restituta. He also received the "Pieta Smoleńska" medal from the Katyn Rally Association "Memory and Identity".